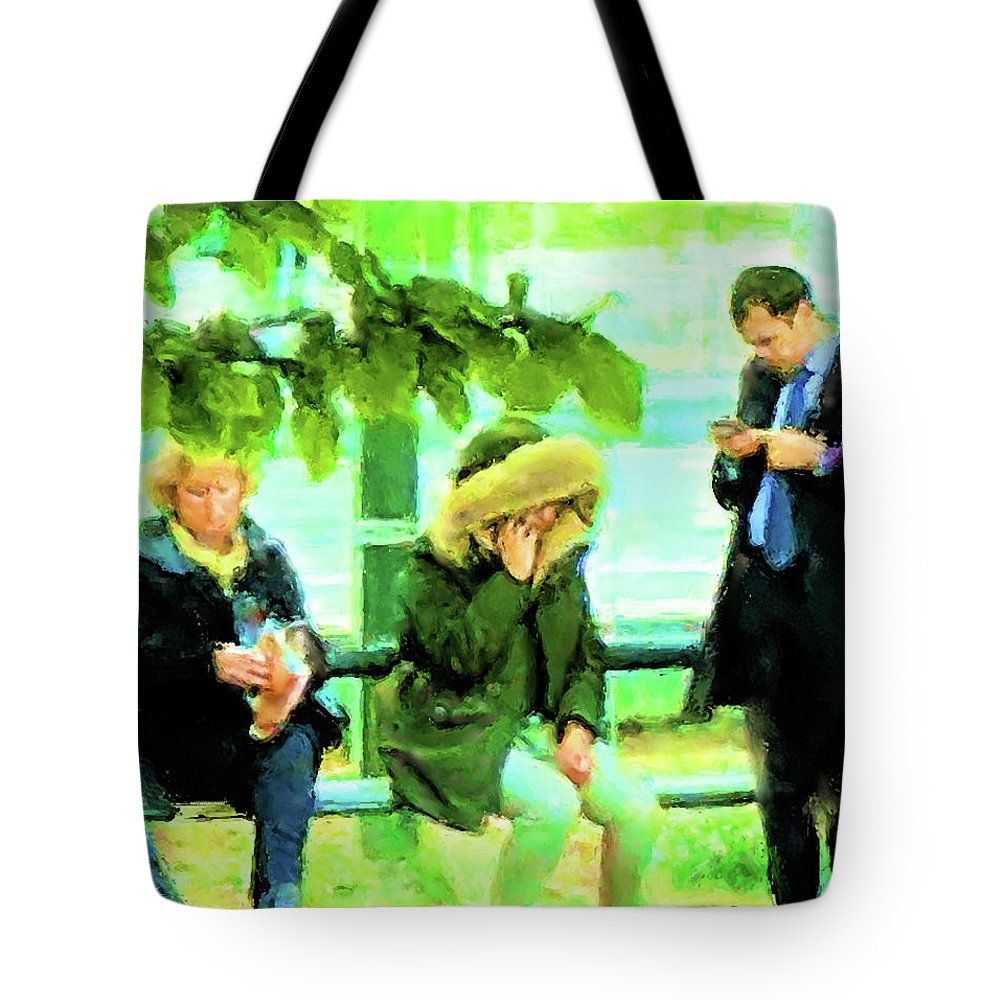 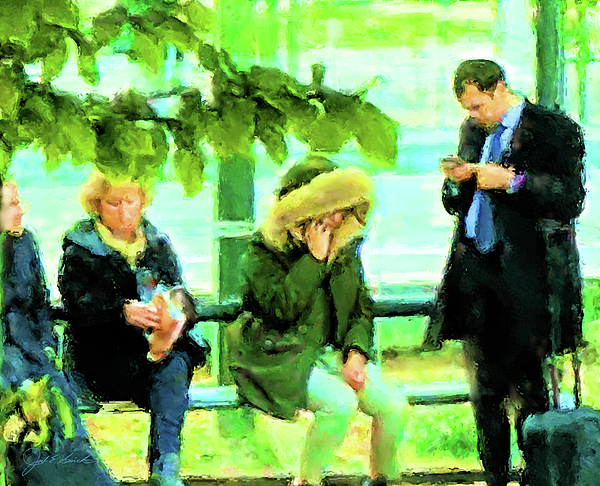 People waiting for a bus in the city of Strasbourg, France. This painting illustrates the contrast in social interactions when strangers accidentally... more

People waiting for a bus in the city of Strasbourg, France. This painting illustrates the contrast in social interactions when strangers accidentally meet for a common purpose, where communication becomes confined to cell phones rather than between the gathered individuals. A common existential scene in today’s urban environments.