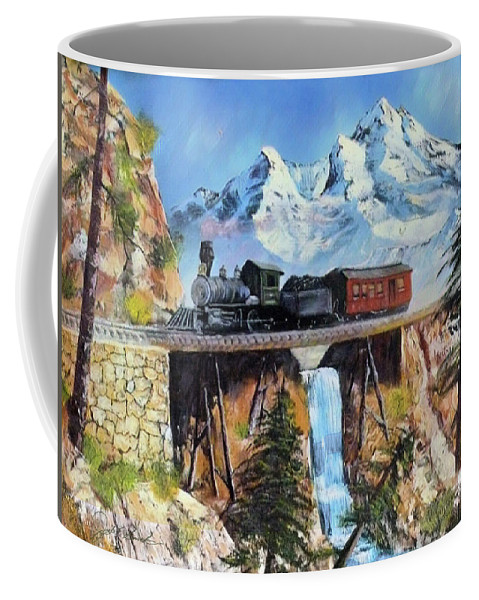 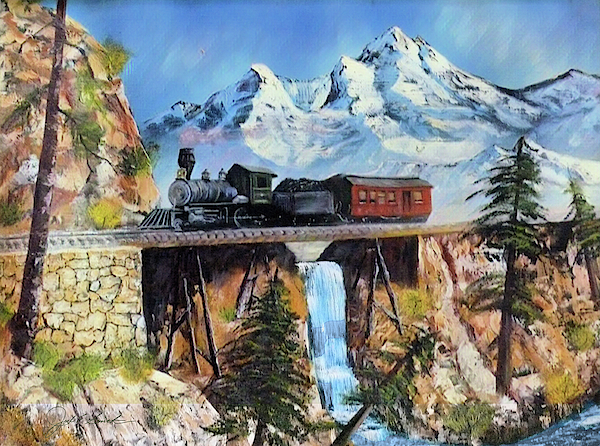 A vintage turn-of-the-century locomotive hauls a coal and passenger car over a trestle bridge and waterfall carrying melt-waters from the glaciers of... more

A vintage turn-of-the-century locomotive hauls a coal and passenger car over a trestle bridge and waterfall carrying melt-waters from the glaciers of a a snow-covered mountain. The engine and cars were modeled from various old trains I had seen at historic railroad museums and events, and in old magazines. On several occasions I was a passenger on railroad cars like that depicted in the painting. From taking similar trains in Alaska, I based the setting on old trestles I had traveled over.