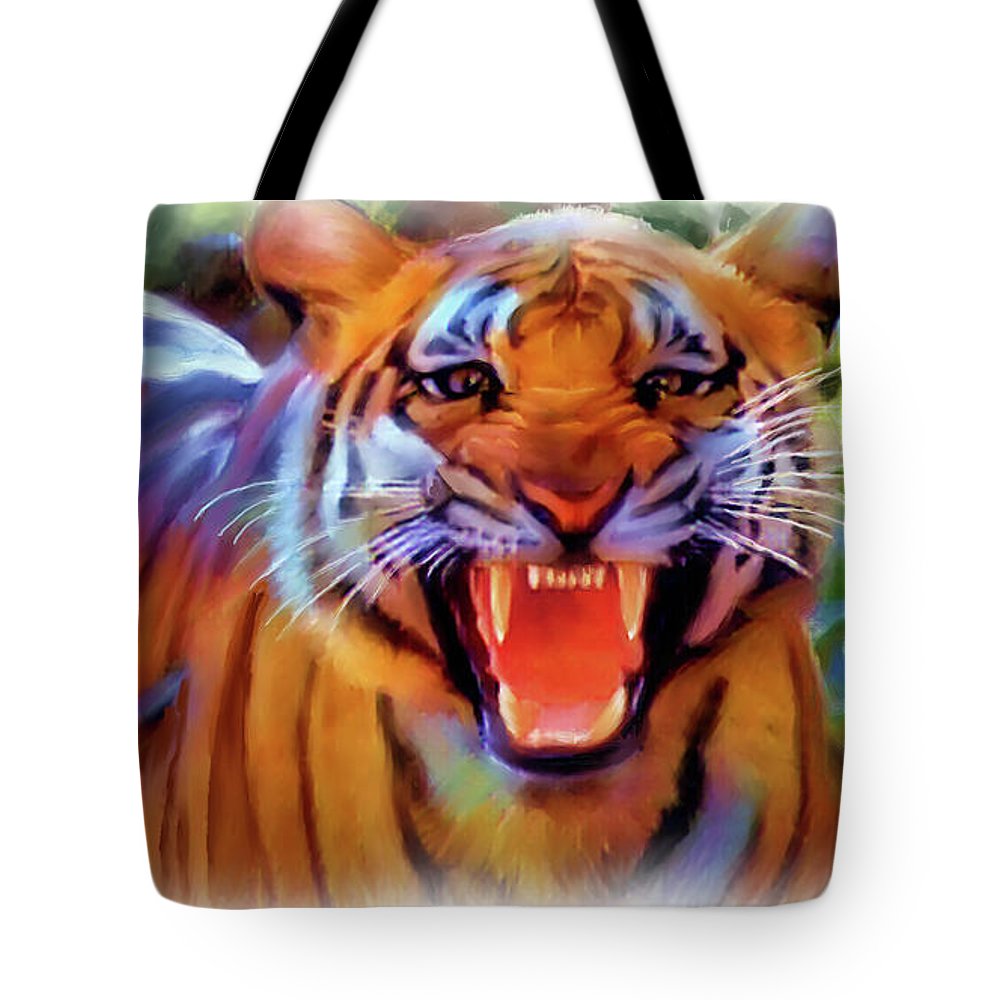 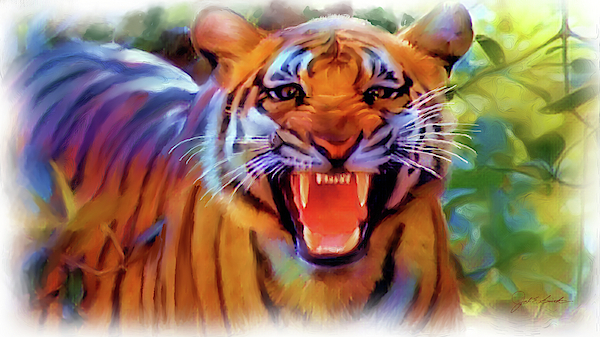 A tiger snarls and shows its deadly incisors, threatening an attack. Rather than a personification of evil, as the poet Robert Blake implied in his... more

A tiger snarls and shows its deadly incisors, threatening an attack. Rather than a personification of evil, as the poet Robert Blake implied in his “The Tyger” poem of 1794. Instead this female rare cat is protecting her hidden cubs against an intruder.